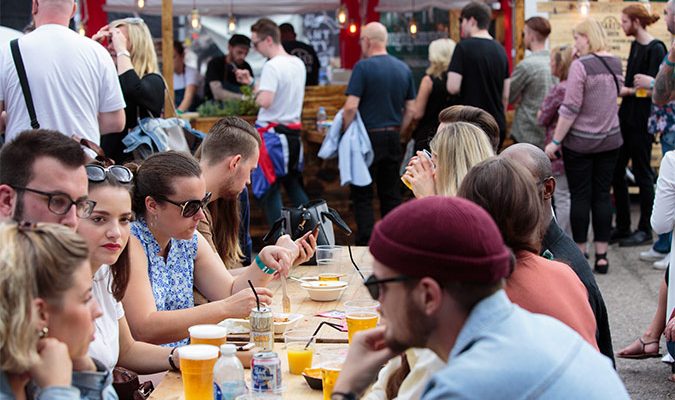 So that’s it, then. The 21st century’s had its sweet 16. We saw some pretty ‘interesting’ thoughts at the beginning of the year. 2016 would see an interest in tinned tapas, they said. We’ll be witnessing a trend in bacon doughnuts, they said. We all love a bit of speculation, don’t we? But what REALLY happened over the past 12 months?

Firstly, say what you like about the legitimacy of the trend predictor’s crystal ball – sometimes they get it spot on. At the start of the year, the experts said 2016 would be the year of the taco. They were right. They also said Brazilian food would be a big thing. Maybe not.

So the taco took off. So too did goat meat – ‘Goatober’ was a thing, put together by some familiar names like Cabrito, the HIX group, and The Jugged Hare. The timing couldn’t have been any better – Gourmet Goat took home two accolades in the Urban Food Awards earlier in the year. And Broughgammon, purveyors of the goat offal taco (two trends in one, the greedy things), won best snack at the BSFA in September. You see? The kids did good.

In July, and for the first time ever, street food had stars in its eyes – two Singaporean street food traders earned a star each from the Michelin guide. One of the traders (media attention never gave the other the time of day), was infinitely humble about his £1.40 chicken rice dish winning the world’s most prestigious culinary recognition. Which made a nice story.

Not so nice was the retirement of a good friend – Dalston Yard, Street Feast’s heavyweight street food ‘market’. It shut up shop for its last time in the summer. The reason? Flats. Cue many a shrug from London developers and landlords. London Union are moving onwards and upwards, and will continue to expand in 2017. Starting with Canary Wharf.

But, just like corrupt dictators, quash one and another pops up in its place. Thanks to Kerb, Camden Lock’s not full of just tourists anymore – in the summer, they took over the canalside space, filling it with a remarkable 35 traders on rotation. It’s the country’s first 7-day-a-week street food market, and it has hosted BBQDreamz, Fundi, Kimchinary, and BSF alumni Luardos and Crabbieshack, among others.

What about our contributions to this year’s comings and goings? Should we mention those? Sure, why not. Since you asked. I don’t know if you know, but Birmingham was kind of a big deal this year, what with hosting the 2016 British Street Food Awards. Thousands attended what was a culmination – a celebration and bringing together – of good food from around the UK. Proper apple-foraged pork sliders from Ireland. Live fire–baked fallen angel cake from Yorkshire. 36-hour lamb breast from Hull. But it was the beef shin calzone from Birmingham – Baked in Brick’s magnum opus for the day at least – that won the hearts and minds (and stomachs) of the judges. The home crowd were similarly inclined, as local favourites Buddha Belly chalked up the People’s Choice award.

We ended a wonderful year at Trinity Kitchen, where we curated the street food, by putting on a traditional Yorkshire Christmas. Well, traditional-ish. And a postmodern Winter Gathering in Manchester, where ice skating, a listed fire station, craft beer and street food married together opposite Piccadilly railway station. With 2016 said and done, can we call it a good year, all things considered? 2017’s got the daunting task of bettering it, but here’s something to drink to – this year, we’ll be putting more focus on getting good food to a pub near you. Sound good? With a pint of British Street Food’s very own beer? Thought so. Happy New Year.