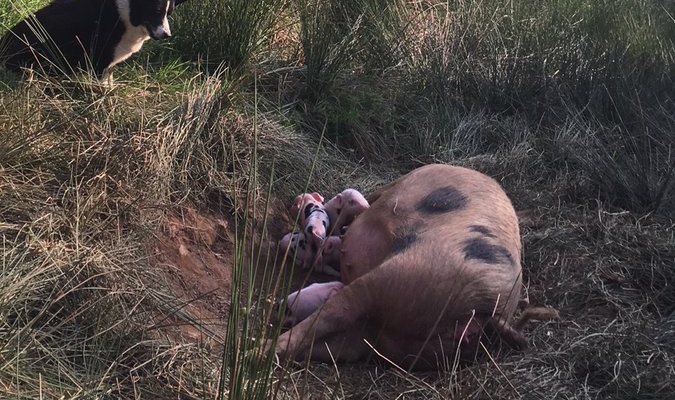 How Green Is Your Valley?

Here’s a trend for you. And one that we’re proud to shout about – British farmers taking their produce straight to market by getting into street food. Proper farm to fork. We’ve shouted about the trend before, but with two farmers competing in the Welsh Street Food Awards, it’s really becoming a thing.

In Pembrokeshire later this month, right on the coast, Rhosyn Farm and Paternoster Farm (with their Slow Pig food truck) will be setting up their grills with just one thing in mind – winning. Getting the public to vote for them. Oh, and “educating the end customer the importance of where there food comes from” says Emma from Rhosyn Farm.

Broughgammon Farm dished up their goat offal and chorizo taco to several thousand punters at the British Street Food Awards final in 2016, bringing home the award for ‘Best Snack’, and lots of juicy press in the process. Burger & Beyond lay on 90-day aged chuck and brisket patties – from their own farm in Colchester.

Clearly, it’s a great opportunity for education. “We offer a Dragon Burger” says Emma, “and one little lad honestly believed we were cooking dragon. Telling him we went dragon slaying early hours in the morning was perhaps a mistake – but the look on his face was a picture.”

The Awards are a real chance to champion Welshness. Rhosyn Farm’s faggots include local honey, sea salt and wild garlic – with a local blue cheese — and their sausages use local jin talog and local cider. Even the water buffalo in their water buffalo burger is Welsh. It’s a great food story.

“Only 5% of the pork we eat in Wales is actually from Wales” says Emma. Rhosyn Farm want to be part of the move to change that. “And we are so excited that our own Welsh produce is being showcased so people can have a try and taste the difference!”