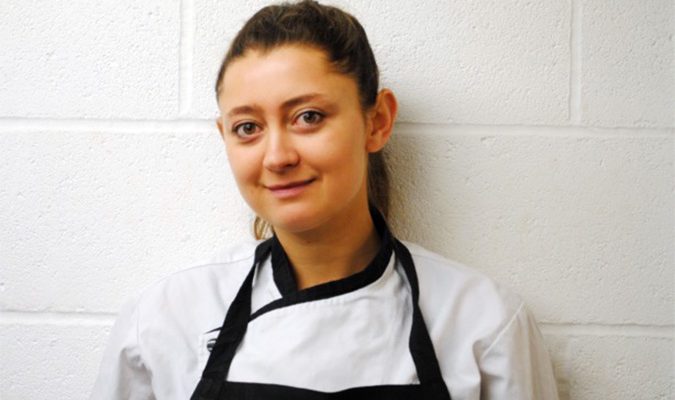 Stars in Their Eyes?

You may have heard – some Michelin stars were given out last week. Some were taken away. Yes, they’ve been doing it every year for the past hundred years. But the question is, how much should we care?

According to Time Out, not in the slightest. It’s all a bit subjective. And what’s it got to do with street food anyway?

Trading with Kerb and at Spitalfields Market probably makes her feel like Michelin stars are a tad redundant now. Or are they? Maybe they got her here? Perhaps it’s a lot of fuss over nothing? We asked Abigail to get our heads round whether Michelin stars are – or should be – a big deal in street food.

When I was working in Paris, they were already Michelin starred. There was always a lot of excitement in the air about that kind of thing. It all felt bit prestigious, a bit gimmicky, but maybe that’s just me.

What did working in a Michelin star kitchen teach you, above all else?

One day when I was working at the plaza Athénée, the chef came in and said, ‘You know what? We’re just going to make this.’ It was dessert with a mirabelle plum: we put them in a pan with some butter and sugar, flambéed quickly, with a nice scoop of ice cream, and that shocked everyone so much. It was weird to them [the customers] that something that simple could be on the menu.

I’m not anti-Michelin star as such, but I think when there’s that pressure on you from the restaurant to keep up with the standards, to always be doing new things, you stop understanding what food really is. It’s not about being a great chef, it’s about how creative your dish can look, how complicated your different flavour combinations can be. When a dish like that works, it’s like wow, and that’s that. But when it doesn’t, it really doesn’t.

Are there any similarities in the way you prepare your choux in a Michelin star kitchen and now?

I hand pipe each choux so they are equal sizes, the same way we did when I was working in a Michelin star kitchen. I bake each choux with a crumble coating which melts on top of the bun when they are baked in the oven. That helps the choux to develop and prevents it from drying out or getting too soft. Then I pipe the creams into the choux using techniques I learnt at Plaza Athénée.

When I was working in those kitchens – don’t get me wrong, I loved it – but I was so frustrated by how they couldn’t appreciate something simple as delicious. It was seen as boring. It was more about the visual aspect than the actual taste.

I wanted to create something that was delicious and great, but the flavour combinations weren’t so complicated that you stopped understanding what it is you’re eating.

Does street food have to cater for a separate audience, or do you thing people are generally well informed enough to appreciate anything?

Definitely in France, for sure. Sometimes when people work in restaurants for a really long time, they try to reach for a level of quality and prestige. Let’s just say I should’ve left there just before it got to that point because I started analysing food in these ways that people don’t get outside of that kitchen.

The great thing about street food is that people are taking things from Michelin star restaurants and bringing them to cater for people who don’t necessarily eat there, so there’s that certain quality to having worked with great ingredients, equipment, and skills but bringing it to another audience. That’s what street food’s all about – not complicated, but refined.

Do you think street food vendors will be awarded Michelin stars over here, like they were recently in Singapore recently? Should they?

I think it will happen over here. When I’m at the stall and another trader passes me a steak sandwich, I’m like wow; I can’t eat that well in so many restaurants. It’s great to have something like that that people can aspire to achieve. My friend [ex-Pidgin head chef] Elizabeth Allen has just won a Michelin star – that’s so exciting for a girl of her age. But I don’t think stars are particularly fundamental to people creating great stuff.