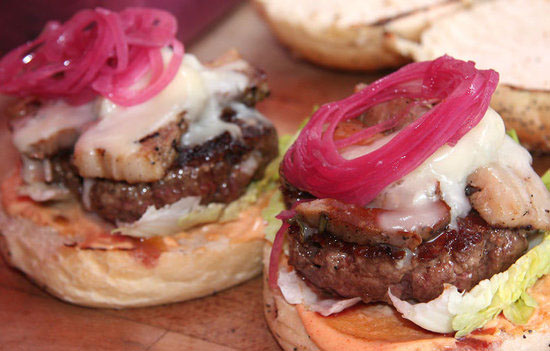 When Cristiano first tried to slip me his tongue (cooked at low temperature served in a sourdough roll with salsa verde or/and horseradish) I wasn’t happy. There’s something unedifying about the texture of a tongue, and it needs to be sliced paper thin. Which this wasn’t. But in the years since our first meeting, Cristiano has gone on to create something very special with unloved, unwanted cuts of meat. The fifth quarter, as the talkative Italian calls it. Just one of the reasons why we shortlisted him for Best Street Food or Takeaway in this year’s BBC Food and Farming Awards.

Tim Hayward, my fellow judge in the category, loves offal. So do I. I presented a series on the BBC called Kill It, Cook It, Eat It. It must have been one hell of a pitch to the BBC. “Okay – we kill a pig. Then we eat it. Next night, we kill a chicken. Then we eat it. Every night of the week, we kill a different animal. Then we eat it. With an omnibus on the Friday. What do you say?” The BBC said yes, and asked me to present it. I agreed, but when I talked to friends about the programme, they just laughed, and said “It’s a spoof, right?”. They were lucky I didn’t eat them.

Kill It, Cook It, Eat It couldn’t have been more serious. In a world where meat comes pre-packed, in plastic, Kill It, Cook It, Eat It was designed to reconnect us with what we’re eating. It was filmed in an abbatoir, but an abbatoir with a difference – there was a restaurant built onto the end. It had windows installed, so that the diners could see what was going on, but the abbatoir’s day-to-day workings weren’t interrupted at all. The diners witnessed the slaughter – and then ate the meat for their dinner.

Cristiano thinks very carefully about his ingredients. His 2013 BSF Award-winning No Lobster Roll was actually made with cod cheeks. Massively under-utilised as they are. And, even though he’s using offal, it all comes from a high-end, high-provenance butcher. His classic burger (above) is made of 50% ox heart and 50% dry aged beef up to 40 day from native breeds. It’s ridiculously good. In India, a mother dips her finger in honey and writes the Om symbol on the tongue of her new-born baby. Om means “I am” – it’s a nice image to illustrate that, in a metaphyiscal and a physical sense, we are what we eat. This is a burger that speaks well of all who eat it.